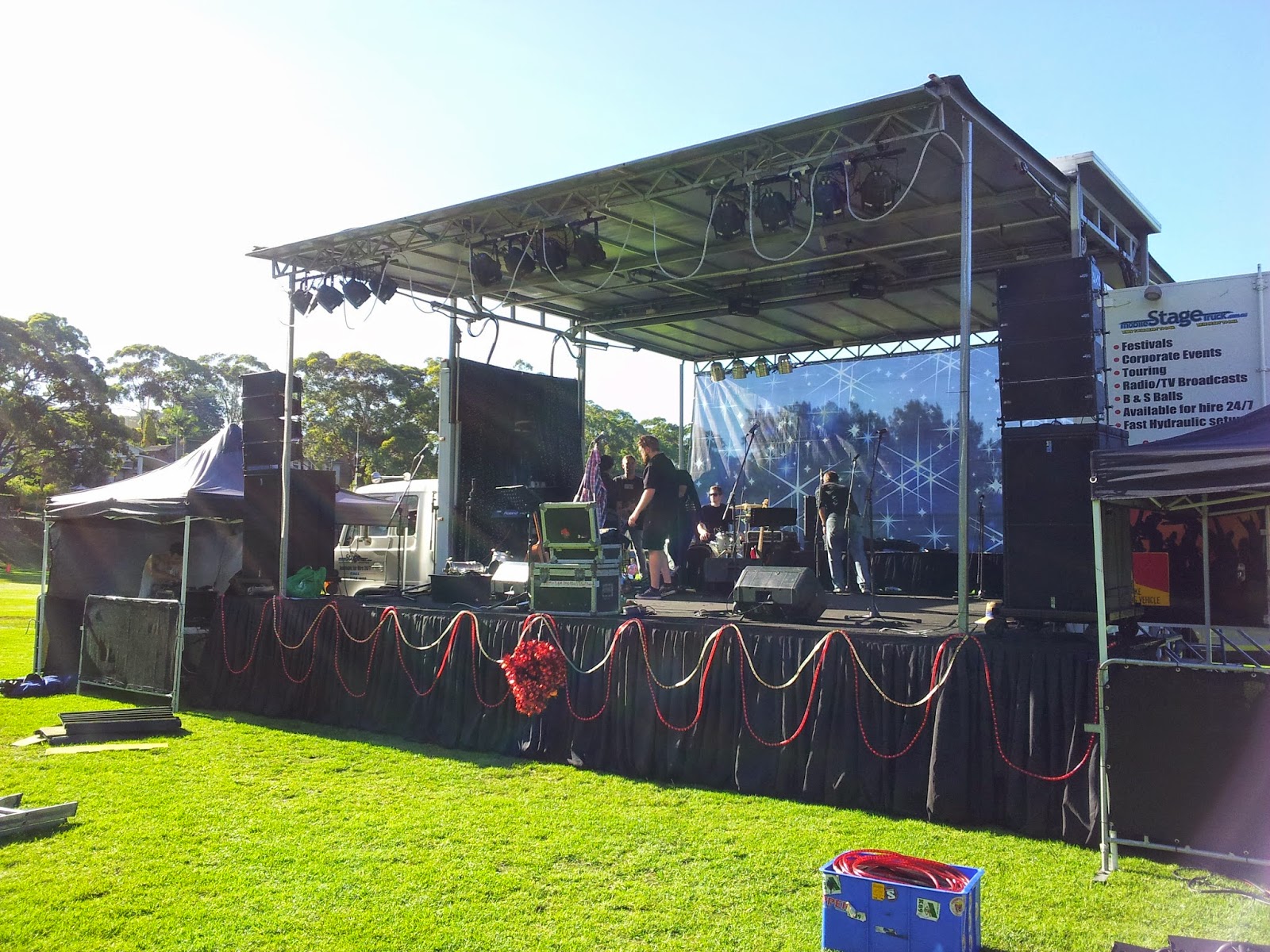 Tis' the season to be jolly, fa la la la laaa la la la la! I love Christmas Carols. Think me strange if you must but I really do! I can't help get into the Christmas spirit when I hear them - except when they are played in stores as early as September, that just annoys me. Tonight our church, along with two other churches, combined to bring the community and evening of Christmas carols at the local park. Its quite a big event every year, with many people doing months of preparation beforehand. For the last two years I have been part of the choir, so much ridiculous fun! The only downer this year (which really wasn't that big a deal) was that my two favourite carols were done as solo performances, so we couldn't sing them; being Silent Night and O Holy Night. I saw the most wonderful thing being on stage tonight. There were many children there and when Santa comes on stage he throws lollies out to the crowd. There, in the middle of it all, was a very excited young Aboriginal boy with Down Syndrome. Unfortunately, he was not quick enough to get any of the lollies and looked so forlorn. There were some however left on stage, and when one of the singers decided to throw the rest out into the crowd, a large burly gentlemen, with a bikie beard and tattoos down both arms piped up and said "hey can we give them to the little fella" pointing to the young boy. This man had a child of his own with him but saw how upset the boy was and decided he probably should have those extra lollies. It may not seem like much, but I thought it was an incredibly beautiful gesture, and just absolutely made this boy smile from ear to ear. Wonderful to see. I thought to myself, that's true Christmas spirit, right there! I am thankful for Christmas carols and songs, being they evoke joy and happiness and get as us into the Christmas spirit. I was so blessed by what I witness tonight, and am so thankful for it.
Posted by Unknown at 03:59