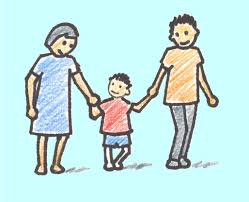 Last year, my dad, his partner and my half brother moved from Perth to Brisbane. This is the first time my parents have been in the same city since I was about 6 years old. This is not because they can't stand to be in the same city as each other, on the contrary, they are actually still friends, which has been wonderful for my sister and I growing up. We moved to Brisbane initially for mum's work and dad's jobs saw him move around with his family. This past Christmas was the first time I was able to spend it with both parents, dad's family in the morning and mum's in the afternoon. Today  was able to spend a few hours at dad's place on my way to the airport, after spending yesterday with mum and her family for my cousin's wedding. The best of both world's, for the first time in 20 years. I'm so thankful that dad decided to move, that I have my family all in the same city so I can see them all more often.
Posted by Unknown at 03:51