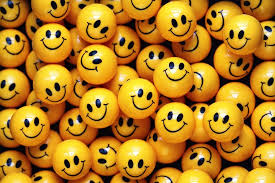 Woohoo! Back at work today! And yes, that is something to be excited about and thankful for because it means I'm no longer sick! I'm still pretty tired and worn out, but that's to be expected after a bad virus or flu. Quite the normal reaction. It makes me think though how amazing the human body is. If you think about it, when you are sick due to virus, bacteria or some other invasion in your body, it's like a battle going on inside you between the invader and your immune system. How awesome that our bodies can fight off invasion all on it's own without us consciously having to do anything? It's no wonder we need rest! All our energy goes to the battle. I was diagnosed with a benign blood condition where once a month my bone marrow doesn't produce neutrophils, an important white blood cell that is imperative to your immune system. It's benign in the sense that it's not caused by something more sinister, like a cancer, but it just means I am much more open and susceptible to infection during those down times. So I get sick a lot with 24hr bugs and minor things like that. But even so, my body is still able to fight these of eventually, even if I need a little assistance from my allies Panadol and on rarer occasions, antibiotics. Of course, there are those illness and invaders that are so strong that our bodies simply can't fight them off on our own, and that can be rather scary. That's when I am thankful for modern medicine and for modern physcians who can treat us. Wow! Listen to me, such a nerd! With all that said I apologise for my slightly nerdy post, but am thankful for the fact I am on the mend :)
Posted by Unknown at 02:41