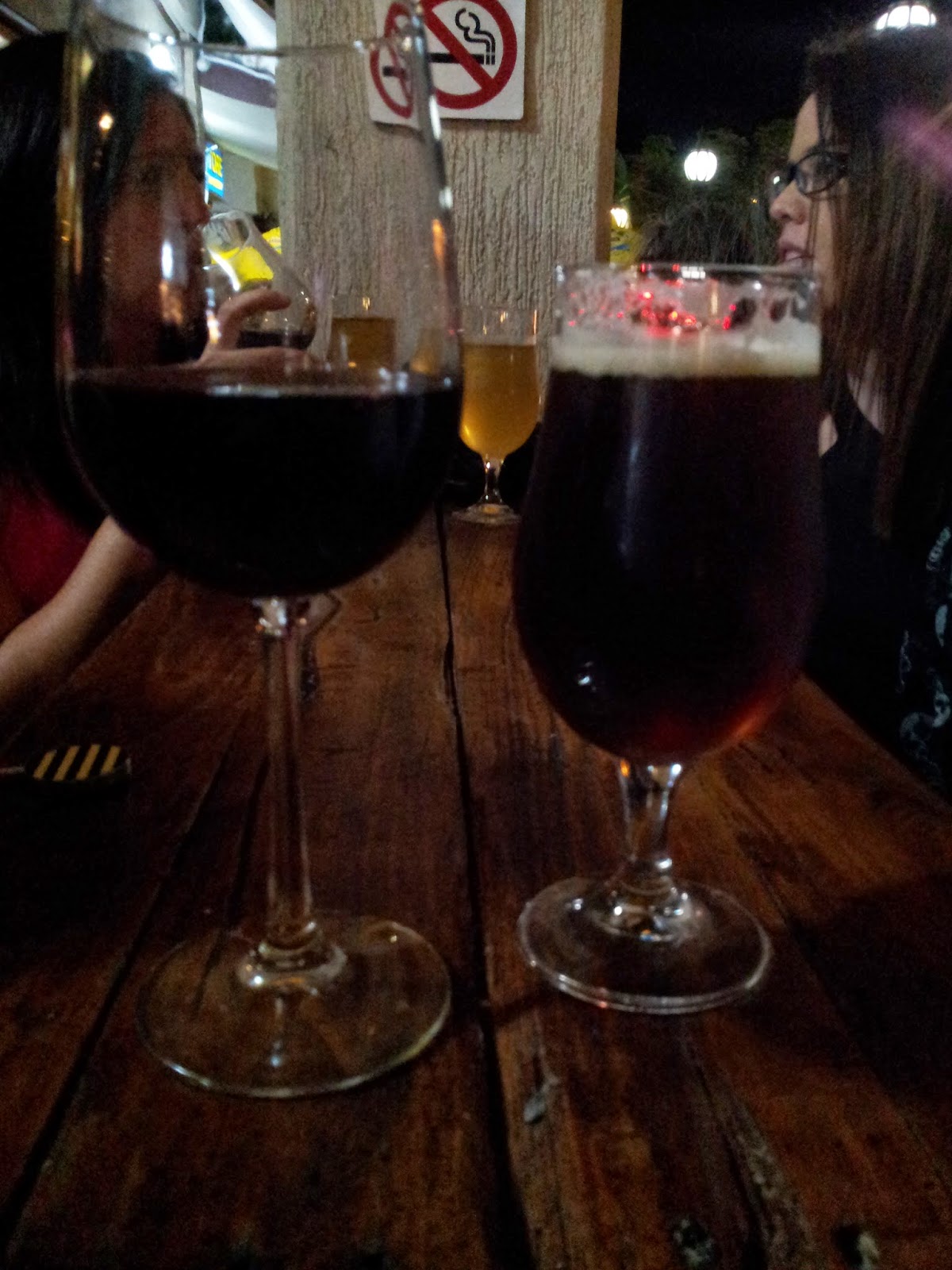 "What a strange thing to be thankful for?" you might be thinking. "She must be an alcoholic/hard party animal" might be another thought that crosses your mind. However, you couldn't be further from the truth. I very rarely drink, only socially and never more than 1 or 2, and I'm much more of a home body then one to go out partying. So let me explain. On Saturday afternoon/night, my cousin and his partner had a going away beer bar crawl. They are both very interested in beer, and my cousin even brews beer himself. And can I say his Old Gold Chocolate Porter is now by far my new favourite beer! As we were having a drink or two at one bar, my cousin's partner starts telling me about the lady who owned and worked the bar we were in. As far as I remember she had been a bartender in many places, and did quite well for herself. However, her and her partner now own and run a beer bar, but only take out enough for themselves for rent, food and necessities and give the rest of their earnings to charity. How great is that! The young people who owned the next bar were also involved in other activities such as art and music. She found out this information by simply talking to them, by getting to know them and taking an interest in their lives. She has also thrown charity fundraisers, particularly in the first bar which were incredibly successful. After finding out things I realised I honestly never thought about bartenders like that before. From now on I'll endeavour to talk to people, particularly people in the service industries, to find out about them and maybe a part of their story. People are not defined by the occupation they have, but have so many more layers to them. Its my goal to from now on remember this and peel back some of those layers.
Posted by Unknown at 04:19