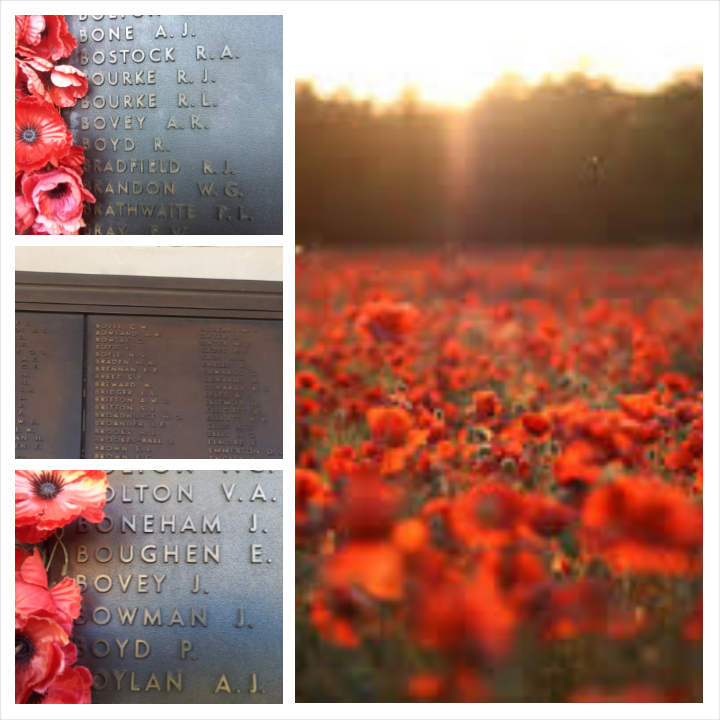 On the 11th of November 1918, the Allies and Germany signed a treaty to mark to end of fighting in western Europe that was The First World War. On November 11th, at 11am every year, we here in Australia pause to remember, and reflect, the great sacrifice those who have fought in conflicts since and including WWI gave, so many with their lives. I was working in the cath lab today, and for the first time ever since I started working here, there was an announcement over the PA system marking the 11th hour. The voice told us that it was on this day in 1918 that the armistice (the treaty) was signed to end the fighting. Then the last post was played, followed by silence, followed by a section of The Ode of Remembrance and then finally, the Reveille. Every person in the lab stood silent and still. The only ones who continued their jobs were the nurses tending the patients, even then they did not speak a word. I was really touched that the hospital administration did that for us, because honestly when you're working its easy to let time slip by but I always like to stop for the moment's silence. I have a strong family history of war veterans. 7 Boveys I know of in total, 3 who lost their lives and whose names are on the Wall of Remembrance at the Australian War Memorial. Most recently my grandfather, who is a Vietnam veteran who has never seen himself as anything more than a man doing his job. Though I absolutely despise the very concept of war, it is unfortunately a reality in our history and continues into today. I am grateful and forever thankful for those who risked their lives for our country's freedom, so that I and everyone else here can live the lives they choose for themselves. We can never repay that debt.

They shall grow not old, as we that are left grow old:Age shall not weary them, nor the years condemn.At the going down of the sun and in the morning,We will remember them.