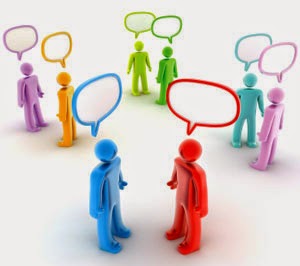 As I was waiting for my Zumba class to start, a young woman just randomly came up and started talking to me. She was doing the class for the first time and wanted to know what it was like. We talked for a good 15mins before we went to class, she was originally from China and had just moved to Australia after living in Germany working for 12 years and didn't really know anybody yet. It was interesting to share stories and things about ourselves. In 15 minutes it was like we almost knew each other like friends. I feel the art of conversation has died somewhat in our society, mostly due to social media which is anything but social. People just don't talk face to face anymore, I can't understand why though. You learn so much from a person by talking to them. Not just information from what they say, but how they react, what they say without using actual words. It's so much more satisfying than receiving a text or facebook message, to me anyway. I'm thankful the random young woman came up and started talking to me. Reminded me how truly important conversation is.
Posted by Unknown at 22:25